Let’s start here shall we – a very long ramble about I guess ‘me’, or as close as you get’ll on the internet 😉

So, on most of my social media, I have the same bio :

“Three things about me: I love baseball, I hate celery, and I miss the sea.”

Well, it is, sort of. It’s deliberately meant to have two layers: the initial one – where most put something throw away in their bios just so it’s not an empty box; and the other one, the one that is more revealing.

All three things are very true:
I do love baseball – I am obsessed by it. I watch it to the detriment of sleep (the ‘joy’s of being in a timezone 5hrs ahead – meaning watching a 7pm games there, means midnight here). I don’t know anyone else in RL watches them with the same fervour, so I tend not to go on about it too much…but trust me – given the chance I’m there, babbling on about the latest injuries, the prospect of so and so getting out of his slump etc etc.

I do absolutely hate celery – I hate the smell of it, let along the taste. It’s disgusting. A friend (yes, Karen – I will never forget!) put a whole stalk (bunch?whatever) of it on my keyboard in work… I had to get a new keyboard, as all I could smell was celery. It’s evil, it’s the devil’s food.

And yes, I miss the sea – even when I lived next to a canal, and now that I live by the Forth – it doesn’t matter, I miss the real rolling tidal sea. The sound of the waves, the smell of salt, the way the colour changes depending on the season, the weather, everything. I miss it.

So, there you have it, three things about me… but is that it? It that all the “Three Things” are meant to represent?

Actually no, it’s not…

So, questions – why does a female from the UK enjoy a sport that is not exactly popular in her home country – how did she get into baseball – and why is that the thing that she has decided is the most important thing she loves?

So yeh, I like most sports to a varying degree, and watch/have watched a fair few of them live but none to the extent of baseball. I guess I should explain how I got into it, and why I chose the Yankees.

It’s a simple enough story. Back in the early 80’s when the UK got a new TV channel there wasn’t much programming for them to show, but one day they showed an hour’s recap of a baseball game :

I remember it fairly well – or perhaps time has changed my memory – but I remember Roger Clemens was pitching for Boston, and it was at Fenway which seemed dark and forbidding. Boston won, the Yankees lost, and the only thing at that point that I knew about baseball was someone called Babe Ruth was very good, and that was it. But after that one hour – I was hooked.

I loved the tactics, the strategy, why certain pitches are done at what point in the count, why a batter will bunt, why someone tries to steal a base..it was like there were multiple layers all happening at once – it was fascinating. I didn’t know the rules, but I guessed some of the very very basic parts, like 3 strikes you’re out.. and that was about it.

The Yankees lost, and I decided, I’d support the underdog… (haha..how hilarious eh), but when you choose your team, that’s it for life.

Seems funny now, but there was no google to search for a ‘Idiots Guide to Baseball’, and America was a mystical place from the movies and TV, not somewhere I ever imagined to being able to afford to visit. It took years of watching, listening to and reading about games to figure out the rules, but that was part of the fun.

Plus the other thing is, it was different, unusual.. it’s not something anyone else I knew enjoyed. It became a marker, something to point to me, something I could have all to myself.

So what else does “I Love Baseball” say about me – of all the things I could put under ‘Love’, I put a game – not a person, not an ideal, but a sport. It shows I like thinking, planning, strategising as much as the physicality of sport. Perhaps I also liked being different, having something exotic that no-one else had, or understood.

Simple enough eh.. as mentioned, I dislike a specific food. At another level, here we are again, layers. In my world, of all the things I could pick as something to hate, I picked celery. I didn’t pick war, famine, or something equally epic or ‘worthy’.. I picked celery. 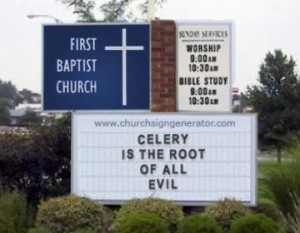 I’m not someone who wants to dwell on the bad things for too long..there’s so much of it in the world already, why invite something to add to that misery to your core. I hope it says that I’m someone who can focus on the nicer side of things, and let the bigger things go.

Yeah, ok, all that’s not really true – I have very violent fantasies about people who don’t indicate and how they die in a fiery crash… plus bigotry and ignorant intolerance land on my shit list and never leave. ?But let’s pretend I’m a nice person.

I grew up near the sea, it was part of my life. ?There were two sorts of people in our school; townies or surfies – pretty self explanatory really. ?I was a surfie – we weren’t people that surfed, we were people who were chilled out, liked the vibe of the sea, the way we dressed, the music we liked. ?We were drawn to the beach and any chance we’d be there, summer, winter, warm, cold, raining, I’d?be found heading that direction. 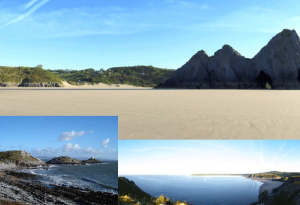 The pics above are of the beaches in the Gower – these were the ones I grew up with ?- not bad eh, they are some of the best in the world (not that I’m biased).

My grandfather had a yacht – it needed at least 2 to sail her – ?so any time it was good weather and I wasn’t in school, I was down the marina getting the boat ready to go out, learning the art of jibing, tacking, wind directions etc… I loved it..being on the water, the sound of the wind in the sails, the smell of the salt.

PS Anything you have now surmised about my childhood is wrong btw.. but that’s fine, it’s my story not yours.

So yeh, I miss it; I miss the years of swim training every morning and evening for competitions; I miss pubbing/clubbing down The Mumbles seafront; I miss that the beach and the sea is just there; ?I miss it so much?- it runs so deep in my veins, in my very soul.

So yeh, there are three things about me that you now know: ?I love baseball, I hate celery, and I miss the sea… but what about you? ?What would your three things be?

This site uses Akismet to reduce spam. Learn how your comment data is processed.